Yet again, something came up on Twitter today that piqued my interest when Cerys Matthews tweeted:

“Quiz question no 1. Name me a funded artist that has rocked the world.”

I assume this was partly in reference to the recent PRSF Momentum announcement. Either way, I think it’s a fascinating area for debate and not one I am personally willing to enter into on Twitter, so I have popped it in here to see what comments come in.

Update: a decent summary of the exchange can be found here

I don’t do confrontation; especially not on Twitter. BUT last week I posted the following:

I could’ve expressed myself better; it just sort of burst out of my fingers onto the screen.

Both Robin and Stuart responded, and war didn’t break out (as you’d expect when dealing with such reasonable chaps). I felt compelled to expand on our exchange though, as it points towards an interesting tension that I feel is often present in art, especially music even – maybe? It’s certainly something I have considered before, so I thought I’d bung it in a blog post and see whether anyone is interested in discussing it.

Here is the ultra-slow Cheeky Girls piece, by Robin (Scanner):

I like how this sounds. The conclusion I swiftly came to when Robin replied was that it really doesn’t matter how it is made it just matters how it sounds. OK, I have heard this sort of thing MANY times** but so what?

** HERE is a demo extreme stretch I did when someone asked me about the process online. “Hocus Slowcus”. This is “Hocus Pocus” by Focus, slowwwwwed. Ironically, I heard the original for the first time on the Freakier Zone ;)

My initial outburst derived from a sense that doing something so easy / done to death, resulting in an offer of getting played on Freak Zone seemed unfair to me. I was initially surprised that Stuart would find this sort of thing interesting enough to play. Maybe I was jealous? Well, I’d certainly like to have my stuff played on the Freak Zone…but I don’t think that was what drove my response. I think I was just amazed that something so simple to do, so cheap, was going to get played on a radio show I respect. Or something along those lines…

This all got me thinking about art more generally and what makes art, art. For example, when me and David did this at the Town Hall Symphony Hall in Birmingham. We were performing a piece by Reich with a twist I had seen Tom Bugs do many moons ago. Moreover, there were some real musicians also performing at this event, such as the multi-instrumentalist Joby Burgess. What do people like Joby think about a couple of ne’er-do-wells wheeling out a done to death process piece? BUT, did it look and sound good? Yes, I think it did. Did it engage people? Yes, definitely (especially the younger generation in the audience). What is art about if not that? So, the stretched Cheeky Girls piece is fine, yeah? Discuss.

I realise this is a confused and rambling (possibly naïve) blog post, which hints at the fact that I am myself confused about this; I can simultaneously hold opposing views on this matter. So, what do you think? Comments below, please.

Oh, and here is the full conversation between myself, Scanner and Maconie.

Scanner
@misterunderwood This was made entirely with a touch of irony if you read my notes under the video, then it will all be a little clearer.

Sam Underwood
@robinrimbaud Surely! AND I like stuff like this (so maybe that’s my answer!) but I was just a tad surprised at the response.

Scanner
@misterunderwood Surprises can be nice. And Stuart and I go back a long way as friends anyhow :-D

Stuart Maconie
@misterunderwood you certainly did. Why on earth not?

Sam Underwood
@StuartMaconie True, I came to that conclusion when discussing it with @robinrimbaud ;) I like how it sounds it’s just a cheap trick.

Scanner
@misterunderwood @StuartMaconie and hence my choice of The Cheeky Girls as the victims of this sinister plan :-)

Sam Underwood
@robinrimbaud @StuartMaconie Indeed..I did the focus on the method not on the results thing. I’ll be sending you LOTS of these now Stuart ;)

Stuart Maconie
@misterunderwood @robinrimbaud you could argue that ALL music is a cheap trick. Especially Cheap Trick of course

Sam Underwood
@StuartMaconie @robinrimbaud Especially them! ;) I might expand on this in a blog post; it’s an interesting area & relates to my practice…

*Update* Just for clarity, here are Scanner’s original tweets about this piece.

Scanner
The Cheeky Girls stretched to an extreme proving that even the worst music can sound epic stretched out http://www.youtube.com/watch?v=Zz_f_ghIwFI … 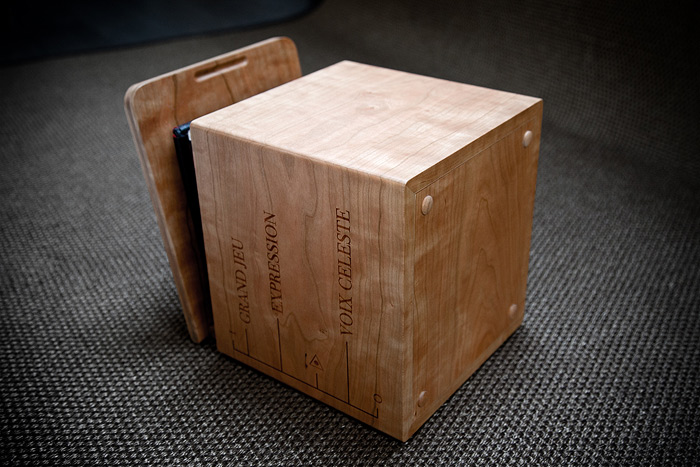 It’s almost not worth me writing this post, as my time at iShed could hardly be better documented (see links at the bottom) but I wanted to add one last post to mention what my time there has meant to me as an artist, as a person…

When you arrive as an artist-in-residence at iShed you are met by a delightful, bubbly bunch of people. Our main contact was Victoria Tillotson who has the remarkable ability to smile even more than me! She encapsulates how you are treated; with respect, trust and friendship.

For me, being an artist-in-residence was a new experience. It wasn’t without certain challenges, such as where to stay and how to organise myself well enough to make working remotely a success but every aspect was done on the right level. For starters, we were paid a fair amount for our time. It’s hard to overstate how important this is. After all this is what I do for a living but moreover, it sets the tone. At once you are at ease when working and you know the people running the residency value your presence. There was also a budget for materials and expenses, again vital to the success of a residency.

Then there is the environment; it’s a great space and the atmosphere is very open and sharing. Our project benefitted from many and varied insights, from people within iShed and those who surround it. In fact outside of our project there is a sense in which you are hard done by if you don’t have at least one inspiring conversation per day at iShed; it’s that kind of place.

I am convinced through my experience that artist residencies have a lot to offer both the artist and the host. It can certainly be a beautiful symbiosis.

The legacy of my time at iShed is really the key. Not only the people it has led me to meet, which has been amazing, but the boost it has given to me personally. It’s a beautiful thing to be part of and I find the idea that their door is always open a really warming one. This works both ways as far as I am concerned. I have already assisted a current resident and will continue to do such stuff. Oh and I will be heading down to Bristol regularly, just to sit in a chair at iShed and hope I have that one inspiring conversation…

Thank you iShed for being such delightful hosts!

As mentioned, there is much more detail on the project here: