Following on from my first effort at the 4am Project last year, I decided again to mix audio and visuals in my submission.

Due to a late return yesterday from Sonic Weekend I decided on a somewhat less elaborate approach this year, so as to get back to bed for some much needed sleep.

I decided to head down to the nearby bank of the River Severn to take one image. The time of the exposure would dictate the time of a corresponding field recording. After a few tests I decided on an exposure time of around five minutes and took the photo and field recording simultaneously. The final time was just over 303 seconds.

I love the way the sounds in a setting can differ massively from the visual content and this was no exception. Despite the tranquil nature of the image the nearby M5 motorway as the dominant sound, with a hint of a babbling brook in the background. Towards the end a plane dominates the soundscape.

Here are the results: 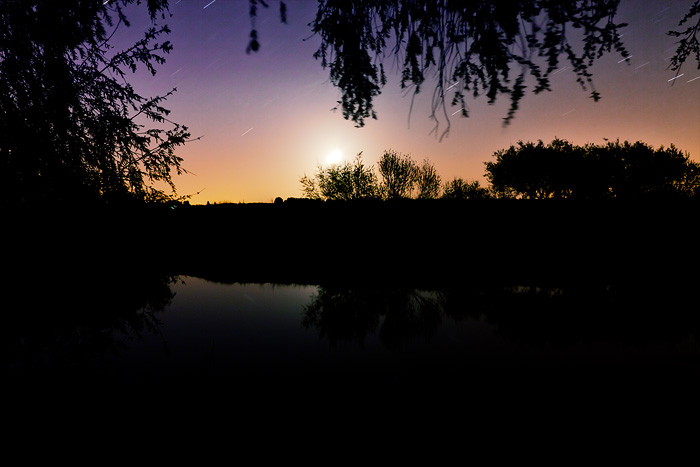