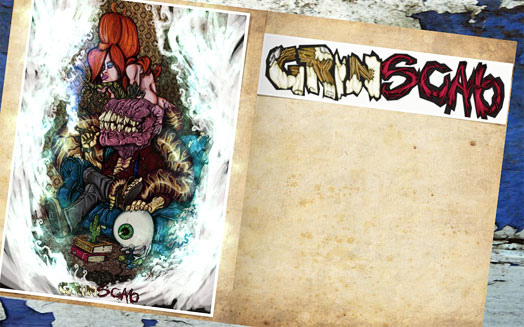 Back in September 2009 (!) I briefly mentioned a new project I was involved in called GypScab, with my friends Grinner and Seamus (with Justin doing the artwork – above). As part of that I did a liveset about a year ago as a test. It went well but then I got busy with other things.

In the meantime I have worked on some really interesting sounding stuff as part of this project but nothing will be formally release until next year.

Recently though Seamus and Grinner got fed up with waiting for me, took the live recording I did and fleshed it out into a fully-fledged 39 minute long tune! They also got scared of offending travellers, so we are now named Grin Scab. Behold…