Tomorrow I will be heading up to Birmingham to install my piece as part of the TOYBOX exhibition at TROVE. I am very excited to be included in this as it looks like a great collection of fun stuff. The piece I am exhibiting is a very early circuit-bent piece of mine (shown below), which now has a long history of use in gigs across the country, including at Supersonic Festival in 2009.

The reason for exhibiting this piece was as much to do with the story behind it, which I think illustrates the sometimes uneasy life fo a circuit-bender.


“I used to live in an ex-mining village in north Nottinghamshire. During the summer the neighbouring village would host car boot sales. I would go regularly, looking for stuff to bend. One time I was there and saw a stall with loads of V-tech stuff, which is a favourite amongst circuit benders. I went over and the lady asked who I was buying stuff for. I lied. I couldn’t bring myself to say that I planned to hack it to pieces to make odd sounds, so I lied. In order not to narrow down the options I said I have a nephew and a niece. “How old are they?”, she asked. I said they were both around two years old. I was starting to get nervous. Then, I spotted the V-tech phone and exclaimed how perfect it was and that I wanted to buy it. She told me the price and I paid. I started to leave and she said “Um, what about your niece?”. I said not to worry and that I would find her something elsewhere. The lady was very insistent and wouldn’t let me leave her stall without something for my imaginary niece. In the end she forced me to take a doll for her, at no extra cost. My lying had resulted in a car boot sale stall holder showing extreme generosity and concern. I felt guilty as hell but that soon faded when I got home and realised the doll’s head came off the body and fitted perfectly on top of the V-tech phone. And that is the story of how this odd looking hybrid was born. 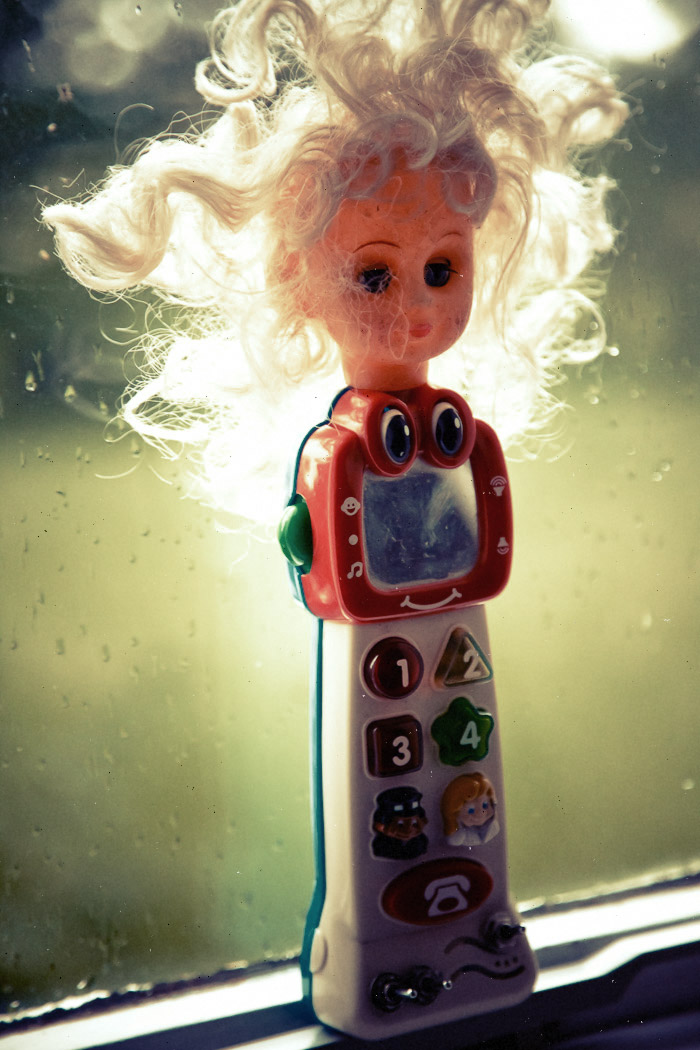