ORE was formed after an idea: to isolate the most powerful sounds created by the brass section, to rework and remould the sound to forge something original.

ORE was formed in 2011 by myself and Stuart Estell. After Stuart left ORE it became a studio project for a couple of years (releasing an album on Box Records) before reforming as a live entity to record for BBC Radio 3’s Exposure programme in 2017.

ORE is now myself on tuba and Beck Baker on trombone and baritone horn.

Keep an eye on the ORE website for updates. 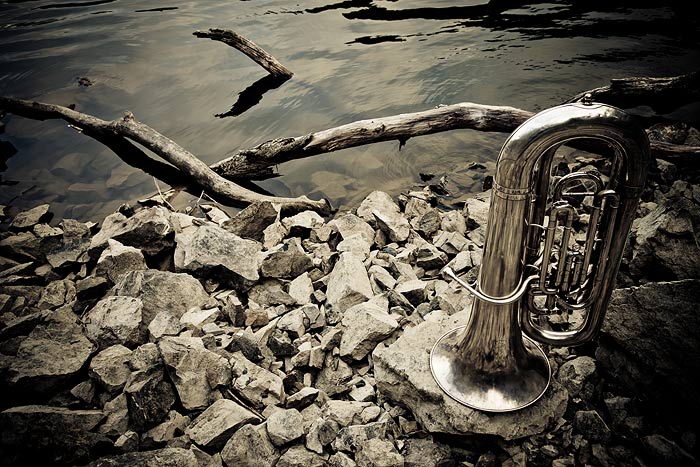